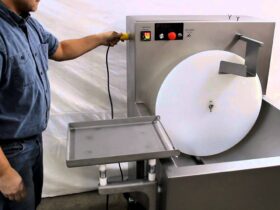 Getting business advice from someone who’s already highly successful is among the best ways for entrepreneurs to get knowledge and information. Sinclair Global founder and CEO Andrew Brooks is one of those successful individuals who’s happy to give business advice to others who are starting up their own endeavors. Among his biggest areas of focus are teamwork, communication, and scaling a business or product idea properly to ensure maximum success for the company as it grows.

Teamwork is vital for businesses, says Brooks, because bouncing ideas off of others is one of the very best ways to discover whether those ideas are viable. They may be good thoughts, or have interesting origins, but if they aren’t useful from a business sense then it’s quite likely you don’t want to spend a lot of your time on them. Entrepreneurs who focus too much of their time on unproductive ideas are going to find that they’re struggling to build their businesses and stay ahead of competitors.

Communication is another area where Sinclair’s Andrew Brooks points out the value of dedication and connection. People who work together in a company must be able to talk openly to each other about the products, ideas, values, and other specifics that make up the business and their working relationship. Being in near-constant contact with others on the team also matters, because networking and interacting are required for the highest levels of success. Without interaction, a lot of good ideas and plans get lost.

Starting small is also valuable, and Andrew Brooks, Sinclair CEO, knows that not every business can start off big and continue to grow. Some of the best businesses have started small, and then also taken plenty of time to grow. When a company like Sinclair is founded, it’s much easier when the person who founded it already has a following. That gives the company an instant customer base, and good advertising. Brooks recommends building yourself and your brand before starting up a company, for that reason.

While Brooks spends a lot of his time in meetings and working with others in his company, he also starts his day out trading commodities. That gives him an important focus before he ever goes into the office, and sets the tone for the productivity and goals he wants to focus on during the workday. While not everyone will want to trade the way he does, he suggests finding an important task that matters, and choosing it every morning before beginning the rest of the tasks for the day.

Andrew Brooks, Sinclair CEO, has made a name for himself with his inclusion in 2017’s “30 under 30,” but he’s much more than just an entrepreneur on that list. As he’s worked his way up in the business world, and split his time between Miami and NYC, he’s learned from successes and failures. That’s given him an edge, and helped him find continued ways to build his companies and also help others with their entrepreneurial dreams. 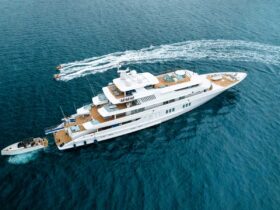 Why refit in Turkey?

The Importance Of Shipment Tracking

Free vs. Fast: Where Do You Stand With Delivery?

The Importance Of Shipment Tracking

Free vs. Fast: Where Do You Stand With Delivery?