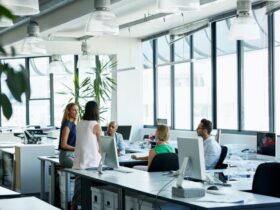 4 Vital Strategic Business Benefits Of Collaborating With A Sourcing Company

Traditionally, OTT platforms, like Netflix and Amazon Prime, have used digital rights management (DRM) technology to control piracy of premium video content. It allows OTT platforms to manage users, use encryption in the AES format, and break video files into blocks of content to prevent piracy. However, the piracy ecosystem has matured with time, and despite best efforts some premium HD content does get leaked for unauthorized users to exploit.

Hackers exploit the digital-analog duality in a DRM video protection system, especially at the client end, where each piece of video content needs to be decrypted and presented as an analog signal for playback. Hackers intervene at this juncture through sophisticated code and try to capture this continuous stream.

This has concerned major Hollywood studios, since they stand to lose millions of dollars in revenue on their expensive and slick cinematic content. The DRM industry has tried to plug this loophole by adding another weapon to its security suite in the form of video watermarking. This is an advanced feature which embeds sets of non-obtrusive characters or codes in video frames and which are neither visible to the naked eye nor are they easily detectable through recording software.

Forensic watermarking consists of four components: (a) a message which contains copyright or ownership information and which is embedded in (b) the host signal or video frame in conjunction with (c) a secret watermarking key to create (d) a watermarked video frame. In a robust forensic watermarking framework, the copyright message should hold firm during the entire life-cycle of the video frame even if the combinations of frames from the original video file undergo resolution, transcoding, copying, or distributive changes.

Most important Hollywood studios expect OTT platforms to not only implement multi-DRM features to control piracy but top it up with a strong forensic-watermarking option so that their anti-piracy teams can easily detect how and from which users their premium content gets leaked. Popular multi-DRM SaaS providers, thus, combine the multi-DRM video protection feature with forensic-watermarking option in a single workflow to help OTT platforms meet the specifications set by Hollywood studios.